As we approach the end of earnings season, buyback announcement also slowed down with 15 new announcements during the last week. Two tiny microcap companies topped the list with buybacks representing 45% and 15.2% of their market caps at announcement. Both are unfortunately money losing companies and one of them, Exela Technologies (XELA), also happens to have a highly leveraged balance sheet.

Gaming company Electronic Arts Inc. (EA) announced a massive $2.6 billion buyback representing more than 7% of its market cap at announcement. The company received a pandemic related boost and we are yet to see signs of a significant slowdown in either revenue or earnings now that the world appears to be getting back to normal. Revenue growth is expected to moderate to 15.59% in fiscal 2023 ending March 2023 and the company is expected to earn $7.19 a share, giving it a forward P/E of 18.78.

Competitor Activision Blizzard (ATVI) is in the process of getting acquired by Microsoft (MSFT) in a $95 per share all cash deal.  While the spread on that deal has narrowed a little to 17.4%, it is still unusually large and reflects regulatory concerns with the deal. It was interesting to note that by the end of Q2 2022, Berkshire Hathaway had bumped up its stake in Activision Blizzard from 64.3 million shares to 68.4 million shares. Warren Buffett, who sometimes participates in large merger arbitrage deals, appears to have increased confidence in this one.

Another interesting buyback announcement was Westlake Corporation (WLK) announcing an additional $500 million share buyback representing around 4% of its market cap. Westlake manufactures and supplies petrochemicals, polymers and fabricated building products worldwide to various consumer and industrial markets. Competitor Olin Corporation (OLN) also announced a new $2 billion buyback announcement representing around 27% of its market cap at announcement on July 28, 2022. We discussed the company in our Buyback Wednesdays post two weeks ago. 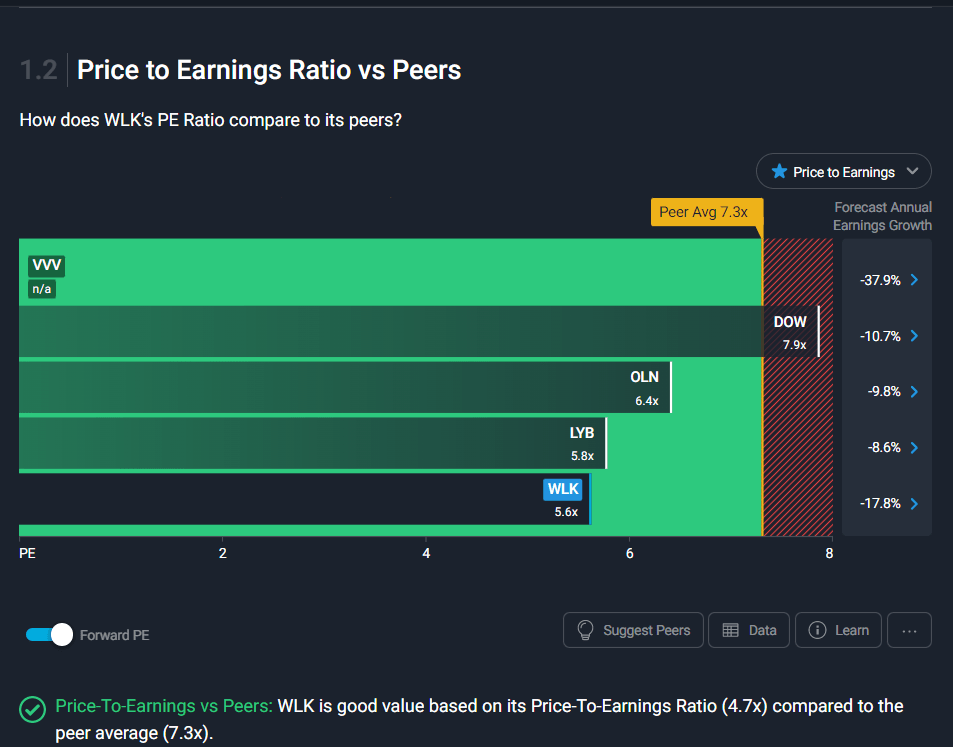 As of June 30, 2022, cash and cash equivalents were $1.3 billion. WLK has net debt of $3.47 billion. Its debt is well covered by operating cash flow and levered free cash flow for the trailing twelve months was $1.5 billion. WLK’s current net profit margin of 18.9% is higher than last year’s 10.2% and higher than what I would have expected from a chemicals company.

These record results can be attributed to significant pricing and margin improvements in its chlorovinyls business, strong demand from new housing construction, repair and remodeling activities and contributions from the acquisitions the company has completed over the past 12 months.

Recently, Westlake tumbled to its lowest in more than three months, after it declared a force majeure on chlorine and all grades of caustic soda throughout its U.S. system. Westlake said its chlor-alkali production “has been directly and adversely impacted due to the sudden and unanticipated failures of critical processing equipment. These equipment failures have disrupted the manufacturing process thereby resulting in limited availability of chlorine and caustic to our customer.”

The stock is very cheap with an EV/EBITDA below 4 and explains why the company wants to repurchase shares. Considering housing is starting to weaken, it is possible that future revenue and earnings might be impacted as residential construction and remodeling projects slow down.

Welcome to edition 20 of Buyback Wednesdays, a weekly series that tracks the top stock buyback announcements during the prior week. The companies in the list below are the ones that announced the largest buybacks as a percentage of their market caps. They are not the largest buybacks in absolute dollar terms. A word of caution. Some of these companies could be low-volume small-cap stocks with a market cap below $2 billion.

On August 11, 2022, the Board of Directors of this business process automation company approved a new share repurchase program authorizing the company to repurchase up to 10 million shares of its class A common stock equal to nearly 45.3% of its market cap at announcement.

On August 15, 2022, the Board of Directors of this clinical-stage pharmaceutical company approved a new share repurchase program authorizing the company to repurchase up to $2 million of its class A common stock equal to nearly 15.2% of its market cap at announcement.

On August 16, 2022, the Board of Directors of this specialty retailer of natural stone and man-made tiles approved a new share repurchase program authorizing the company to repurchase up to $30 million of its class A common stock, representing nearly 13.4% of its market cap at announcement.

On August 16, 2022, the Board of Directors of this talent management services provider approved a new share repurchase program authorizing the company to repurchase up to $100 million of its class A common stock equal to nearly 12.2% of its market cap at announcement.

On August 16, 2022, the Board of Directors of this leading app developer approved a new share repurchase program authorizing the company to repurchase up to 1.5 million shares of its class A common stock, equal to nearly 10.3% of its market cap at announcement.