Google Does Not Need To Worry About ChatGPT … Yet

A few weeks ago, I decided to write about an artificial intelligence company for our December 2022 Mid-Month Update. The company was not OpenAI, the creator of ChapGPT but a public AI company that trades at a tiny fraction of OpenAI’s expected $29 billion valuation. I wrote the following about the company in that update:

I was discussing the enterprise AI software company C3.ai (AI) with my brother last weekend and was struck both by how far the stock had fallen and how much cash the company had on the balance sheet. Along with Snowflake (SNOW), C3.ai was another highly anticipated IPO in 2020 and both companies soared after going public. Snowflake, which priced its IPO at $120 per share in September 2020 went on to peak at over $400 per share three months later.  C3.ai, which went public in December 2020, just days after Snowflake’s peak, priced its IPO at $42 per share and peaked the same month at nearly $184 per share. The stock currently trades at $13.04, an astounding peak-to-trough decline of 93%.

Instead of trying to explain what C3.ai does, I figured it would be appropriate to let an artificial intelligence program do it for me. I decided to ask ChatGPT  and it did a pretty good job of providing a company outline as you can see below.

There has been some talk about ChatGPT being a threat to Google’s dominance in search (anyone remember the Cuil search engine that was supposed to be a Google killer?) but it looks like rumors of Google’s demise have been greatly exaggerated. Based on ChatGPT’s impressive responses about C3.ai, I figured I would ask it about an insider that was buying stock in another technology company. 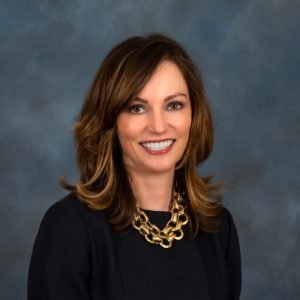 Roxanne Austin, a Director of cloud security company CrowdStrike (CRWD), purchased 35,000 shares at an average price of $96.19 totaling $3.37 million. According to her LinkedIn profile, Ms. Austin has served on CrowdStrike’s Board of Directors for over five years. Her purchases during the last two weeks have totaled nearly $6 million and were her first purchases since CrowdStrike went public. She was a seller until November 2021 as you can see here.

The responses I received form ChatGPT were surprising. The first time I asked ChatGPT about Ms. Austin, the response I received was as follows:

I was shocked by this response. Unless I was missing something, based on her LinkedIn profile, she did not hold any of these leadership roles at Microsoft, Dell or Trilogy Software. Instead of letting me know that it did not know anything about Ms. Austin, ChatGPT appears to have fabricated a profile about her.

When I posed the same question to ChatGPT a couple of days later, I received a different and more acceptable response.

OpenAI does outline some of the limitations of ChatGPT on its website and states,

ChatGPT is early in its evolution and it is entirely possible that its accuracy would improve to a point where it can be relied upon for real research. As it stands now, by no means is it sufficiently advanced to pose a threat to Google’s near monopoly on search.

There are however dark clouds on the horizon with a potential partnership between OpenAI and Microsoft (MSFT). If Microsoft’s Bing search engine can leverage ChatGPT’s technology, then the combination could pose a real threat to Alphabet (GOOG). Microsoft already has a stake in OpenAI through a $1 billion investment it made in 2019 and is now in talks to invest an additional $10 billion in the company.

Irrespective of how all of this plays out, as an investor in C3.ai (AI), I certainly hope that Tom Siebel has picked up the phone to call Barry Diller to see if IAC is ready to bring Ask Media Group (the old Ask Jeeves) into the 21st century.