Rite Aid is a name that is very familiar to arbitrageurs because of its history of failed mergers. We discuss that history, potential rumors and the risk of bankruptcy later in this article.

Rite Aid Corporation (RAD) is an American drugstore chain based in Philadelphia, Pennsylvania that operates through two segments – Retail Pharmacy and Pharmacy Services. The company has 2,300 retail pharmacy locations across 17 states and also owns Elixir, the pharmacy benefits manager and service provider.

On January 7, 2023, Rite Aid Corporation announced that Heyward Donigan, the company’s President and Chief Executive Officer had stepped down, effective immediately, and that Elizabeth (“Busy”) Burr, a member of the company’s Board of Directors was appointed as the interim CEO. Ms. Burr is expected to serve as interim CEO until a permanent CEO is appointed.

Rite Aid is set to elect its second CEO in less than four years, following the departure of President and CEO Heyward Donigan.

Ms. Donigan has been the CEO of Rite Aid since August 2019, when she took over after John Standley, who left the company after holding the position since June 2010. Donigan expanded Rite Aid’s healthcare focus after joining the firm, increasing its pharmacy care, PBM, and health services businesses. Previously, she served at Sapphire Digital where she had been President and CEO since March 2015. Sapphire, formerly called Vitals, develops omnichannel systems to aid consumers in selecting healthcare providers.

Donigan had stewarded the company through the pandemic and was focused on orchestrating the company’s digital transformation. These efforts did not translate into revenue increases in fiscal 2020, 2021 and 2022 (ended February 2022) but the company’s bottom line remained negative. The stock lost nearly half its value during Ms. Donigan’s tenure.

Rite Aid’s Chairman Bruce Bodaken said, “As the company continues its efforts to enhance its competitive position in this dynamic environment, the board determined and Heyward agreed that now is the right time to identify the next leader of the business.” 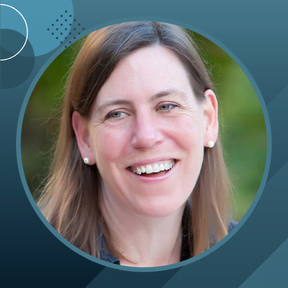 She has a significant amount of experience in the healthcare sector and is a leader in retail, brand management, business strategy, and innovation.

Previous work: From 2019 to 2021, Busy Burr served as President and Chief Commercial Officer of Carrot Inc., a digital healthcare firm that offers solutions that integrate behavioral science, clinical skills, and proprietary technology. Prior to that, Burr served Humana (HUM) as the Chief Innovation Officer and Vice President of Healthcare Trend and Innovation and also founded Humana’s strategic investing practice, Humana Health Ventures. Prior to joining Humana in 2015,  Burr was managing director of Citi Ventures.

Bruce Bodaken, Rite Aid’s Chairman, stated, “With a deep understanding of the industry and our strategy, the Board was unanimous in its belief that Busy is highly qualified to serve as interim CEO while the Board conducts a search for a permanent successor. We are fortunate to have someone of her caliber to step into the role and are confident in Busy’s ability to lead the Company forward during this transition period.”

Burr said, “Having served as a Director since 2019, I have great respect for the important role Rite Aid plays as a full-service pharmacy improving health outcomes for millions of Americans.”

The new CEO announcement has also sparked some rumors that Rite Aid could once again be the target of a takeover offer after it rejected a $14.60/share offer from Spear Point Capital last year. Albertsons (ACI) attempted to go public in 2018 by merging with Rite Aid but Rite Aid’s shareholders, in their infinite wisdom, decided that they did not like that deal, primarily because of how leveraged Albertsons’ balance sheet was.

We wrote the following in our Merger Arbitrage Mondays article in 2017, when Rite Aid’s acquisition by Walgreens Boots Alliance (WBA) was terminated.

The failure of Rite Aid’s (RAD) acquisition by Walgreens Boots Alliance (WBA) culminated with Walgreens offering a new deal for nearly half of Rite Aid’s stores and paying a termination fee to Rite Aid as discussed in the deal updates section below. The entire saga lasted 20 months. While 96% of all deals announced since 2010 have closed, the 4% of the deals that don’t close can do a lot of damage to a portfolio and it is prudent to avoid deals with large spreads.

With this new deal with Walgreens, shareholders, unfortunately, don’t have any recourse as the deal is not subject to shareholder approval. The only silver lining is that a leaner less leveraged Rite Aid probably faces better prospects than the current depressed share price appears to indicate provided there are significant changes to the leadership of the company.

In 2018, Rite Aid went through a deal termination for the second time with Albertsons Companies. We wrote the following in another Merger Arbitrage Mondays article after the deal was terminated.

After several years of low deal failures (more than 95% of all deals closed), 2018 has turned out to be a difficult year with 11 deals failing since the start of the year. Nearly half of these deals failed on account of regulatory issues. Even if all active deals close this year (an unlikely scenario) and based on the number of new announcements we see through the end of the year, it is unlikely that we will see 95% of deals succeed this year.

On August 8, 2018, Rite Aid Corporation (RAD) announced that it has mutually agreed with Albertsons Companies to terminate their previously announced merger agreement.

RiteAid has long struggled to compete with its larger drugstore rivals CVS Health Corporation (CVS), Walgreens (WBA), and also merchants Walmart (WMT), and Costco (COST) leading to the closure of approximately 146 stores by 2021.

Rite Aid’s stock reflects this dismal financial performance with the stock down nearly 74% over the last year and more than 92% in the last five years. To put this performance into perspective, consider that Rite Aid’s current market cap is $192 million, while Walgreens’ market cap is $31.65 billion and CVS sports a market cap of $119 billion. Each of these companies also have a large amount of net debt and hence their enterprise values are much higher.

Rite Aid’s net debt is $6.1 billion and that puts the company’s enterprise value at $6.29 billion.

Rite Aid reported a quarterly loss of more than $67 million in fiscal Q3 2023, owing in part to “a decrease in COVID vaccine and testing revenue” and is now projecting greater losses for its fiscal 2023 than it estimated just three months earlier.

In the same press release announcing its CEO departure, Rite Aid had reaffirmed “its fiscal year 2023 guidance for total revenues between $23.7 billion and $24.0 billion, net loss between $584 million and $551 million, adjusted EBITDA between $410 million and $440 million and capital expenditures of approximately $225 million. Adjusted net loss per share is expected to be between $2.18 and $1.78.”

Revenues for the quarter were $6.08 billion compared to revenues of $6.23 billion in the prior year’s quarter.

In its 10Q filing, dated January 4, Rite Aid stated that beginning in fiscal 2019, it initiated a series of restructuring plans designed to reorganize its executive management team, reduce managerial layers, and consolidate roles. Following years of struggle, the company has been identified by analysts as a retailer at risk for bankruptcy. Considering the fact that the company continues to lose money and has seen three consecutive quarters of declining revenue, it would make sense for a new CEO to restructure the company and give a leaner Rite Aid with less debt on its balance sheet a chance to survive.

On January 6, 2023, Comcast Corporation appointed Jason Armstrong to succeed Michael J. Cavanagh as the Chief Financial Officer, effective January 6, 2023. Armstrong will continue to serve in his role as Treasurer.

He has served Comcast as Deputy Chief Financial Officer since 2022 and Treasurer since 2020.

On January 4, 2023, Southern Co. appointed Chris Womack as its new President effective March 31, 2023 and as CEO immediately following the conclusion of the 2023 annual shareholders meeting.

On January 9, 2023, the Board of Directors of Informatica, appointed Michael McLaughlin as EVP Global Finance and Chief Financial Officer, effective January 16, 2023.

Michael J. O’Brien notified Omnicom Group that he plans to step down as Executive Vice President, General Counsel, and Secretary to spend more time with his family and pursue personal interests.

Effective December 31, 2022, O’Brien is transitioning to an advisory role with the company.

On January 9, 2023, Jeffrey D. Trom informed Workiva of his intention to retire as Chief Technology Officer effective as of February 1, 2023.

He served Informatica as Chief Financial Officer for a period of 4 years 6 months.