Stock buyback announcements slowed down last week on account of an earnings related lull, with 18 companies announcing buybacks. The most significant one in absolute dollars terms was NIKE (NKE), announcing a $18 billion buyback representing around 10.35% of its market cap at announcement. The buyback was a bright spot in otherwise lackluster fiscal Q4 2022 earnings for Nike, which saw sales drop almost 1% year-over-year to $12.23 billion on account of declining sales in China and inventory levels build up 23% to $8.4 billion. Darden Restaurants (DRI) and Chesapeake Energy Corporation (CHK) announced buybacks of $1 billion each representing around 7% and 9.6% of their market caps at announcement respectively.

After passing the Federal Reserve’s stress test and emerging as one of the stronger U.S. banks, Morgan Stanley (MS) not only announced a 11% increase in its dividend but it also announced a $20 billion buyback representing nearly 15% of its market cap at announcement. Only Charles Schwab, Discover and State Street had better stressed ratios than Morgan Stanley as you can see from page 15 of the stress test results.

The buyback announcement that stood out the most was by the RV manufacturer Thor Industries (THO). This is the second buyback announcement by the company in a little over six months and the size of this buyback is much higher than its previous $250 million announcement. We have also seen a number of insider purchases at the company in recent months and wrote the following about Thor following an insider purchase by its co-founder Peter Busch Orthwein in January,

“We like companies where the company is buying back its own stock and the insiders are also buying stock with their own money. We track these types of companies through a custom screen called The Double Dipper. The RV manufacturer Thor Industries (THO) was founded in 1980 through the acquisition of Airstream by Wade F. B. Thompson and Peter Busch Orthwein. Thor is the Norse God of thunder and lightening and also the word formed from the first two letters of each co-founder’s last names. Mr. Orthwein was previously the Chairman of Thor Industries and is now on the Board of Directors.

For the first time in over a decade of tracking insider transactions, we saw Mr. Orthwein purchase 10,000 shares of Thor last month at an average price of $103.41. He purchased an additional 10,000 shares last week at an average price of $98.54 right before the bottom fell out of the market and Thor declined more than 12% to a fresh 52 week low. Besides Mr. Orthwein, two other insiders also purchased shares during the last month. The company announced a $250 million share buyback on December 21, 2021 and increased its dividend for the 12th year in a row during fiscal 2022 ending in July 2022. The dividend yield is just shy of 2% at a payout ratio of 11.64%. The payout ratio is very low because the company had some unusually strong quarters during the pandemic as consumers shifted their travel preferences from flights, cruises and hotels to RVs. 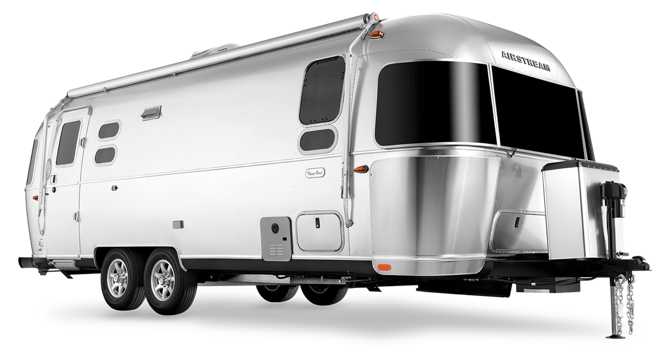 The stock looks cheap with a forward P/E of 6 and a EV/EBITDA under 5. Just like investment banks and mortgage lenders, the market is assuming that Thor is likely to be at a cyclical peak for earnings as demand got pulled forward during the pandemic and the future might not be as rosy as the recent past. Bulls on the other hand, like Daniel Moser on Seeking Alpha, point to the company’s large backlog of orders that might provide a buffer for the company if consumer behavior changes post-pandemic.”

My initial reaction to the latest buyback announcement was that management is not realizing that this might not be the best macroeconomic environment for consumers to purchase high priced discretionary items like a RV and I tweeted the following earlier this week. 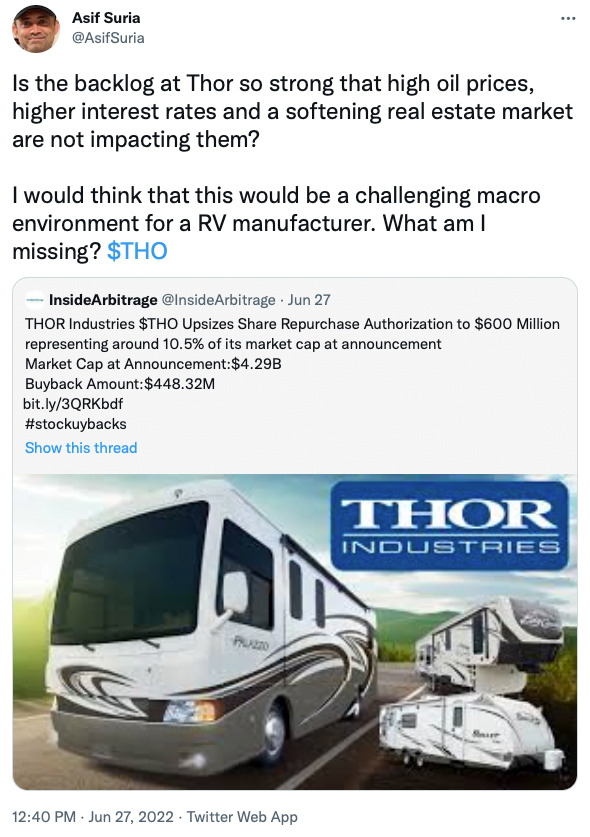 Digging into the company some more I noticed that the stock has gotten almost no credit for the wonderful performance of the business over the last five years. The stock is not just down more than 30% during the last year, it is down almost 26% during the last five years. Obviously a big part of their jump in revenue and profits was COVID related and that could wane in coming quarters as you can see from the big drop in analyst estimates for fiscal 2023. 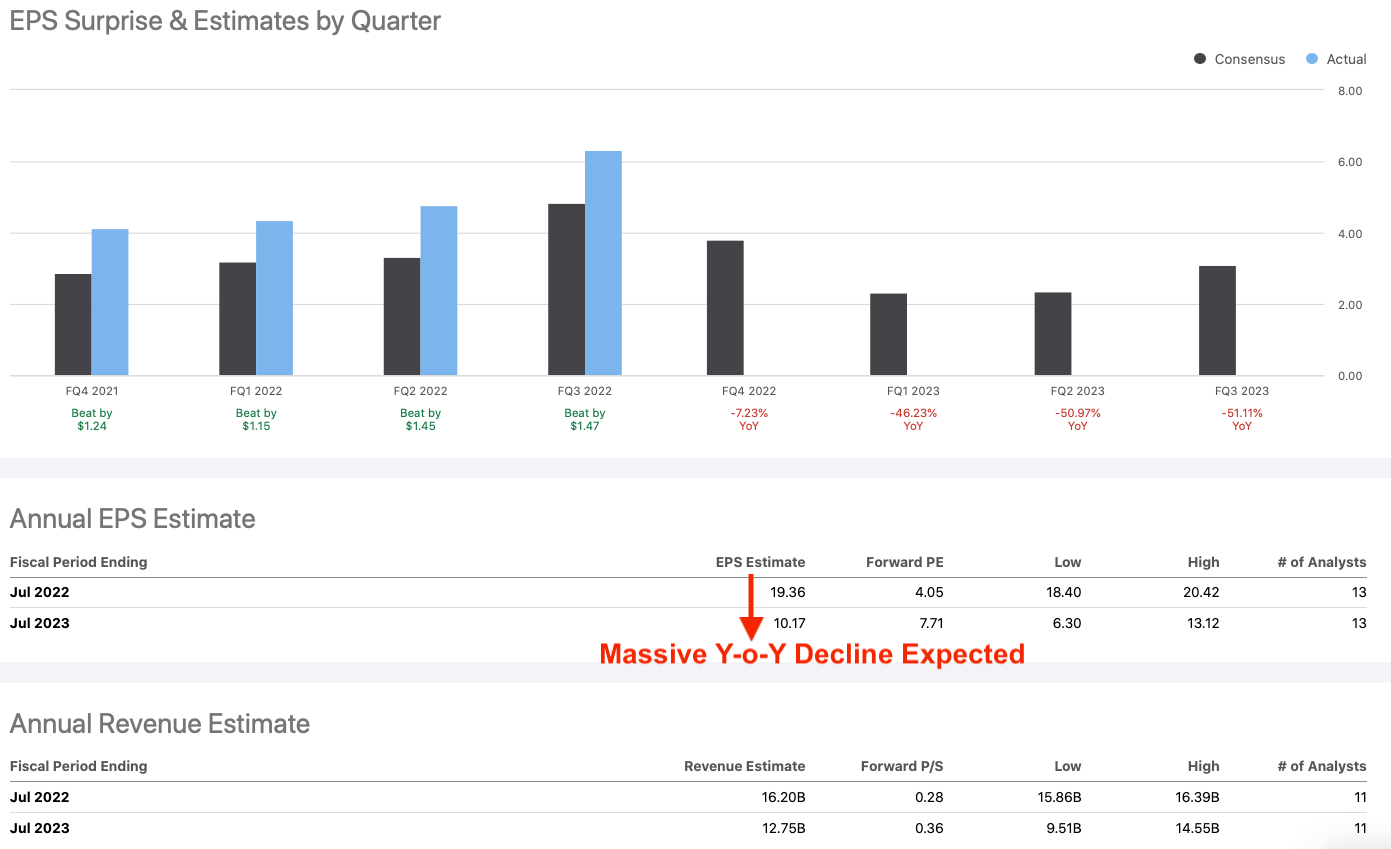 Even if we see this big decline in earnings, Thor’s forward P/E would be less than 8. While valuation is attractive, I am not thrilled with the idea of owning a cyclical business with 17% gross and 7% net margins but management clearly has a divergent view.

Welcome to edition 13 of Buyback Wednesdays, a weekly series that tracks the top stock buyback announcements during the prior week. The companies in the list below are the ones that announced the largest buybacks as a percentage of their market caps. They are not the largest buybacks in absolute dollar terms. A word of caution. Some of these companies could be low-volume small-cap stocks with a market cap below $2 billion.

On June 22, 2022, the Board of Directors of this Chinese casual menswear company, approved a new share repurchase program authorizing the company to repurchase up to $5 million of its class A common stock, equal to nearly 27% of its market cap at announcement.

On June 27, 2022, the Board of Directors of this global financial services firm, approved a new share repurchase program authorizing the company to repurchase up to $20 billion of its class A common stock, equal to nearly 14.8% of its market cap at announcement.

On June 28, 2022, the Board of Directors of this uni-channel retailer of casual clothing, accessories, footwear, and home products, approved a new share repurchase program authorizing the company to repurchase up to $50 million of its class A common stock equal to nearly 12.3% of its market cap at announcement.

On June 23, 2022, the Board of Directors of this North American specialty building products distributor, approved an additional share repurchase program authorizing the company to repurchase up to $200 million of its class A common stock equal to nearly 11.3% of its market cap at announcement.

On June 27, 2022, the Board of Directors of this manufacturer and seller of recreational vehicles (RVs), approved an additional share repurchase program authorizing the company to repurchase up to $448.32 million of its class A common stock equal to nearly 10.4% of its market cap at announcement.