Founded in 2015, and headquartered in Alpharetta, Georgia, GCP Applied Technologies (GCP) produces and sells concrete and cement additives, building materials and technologies. The company operates through two operating segments: The Specialty Construction Chemicals (“SCC”) operating segment, which provides products, services and technologies to the concrete and cement industries and the Specialty Building Materials (“SBM”) operating segment, which manufactures and markets sheet and liquid membrane systems that protect structures from water, air and vapor penetration, as well as fireproofing and other products designed to protect the building envelope. 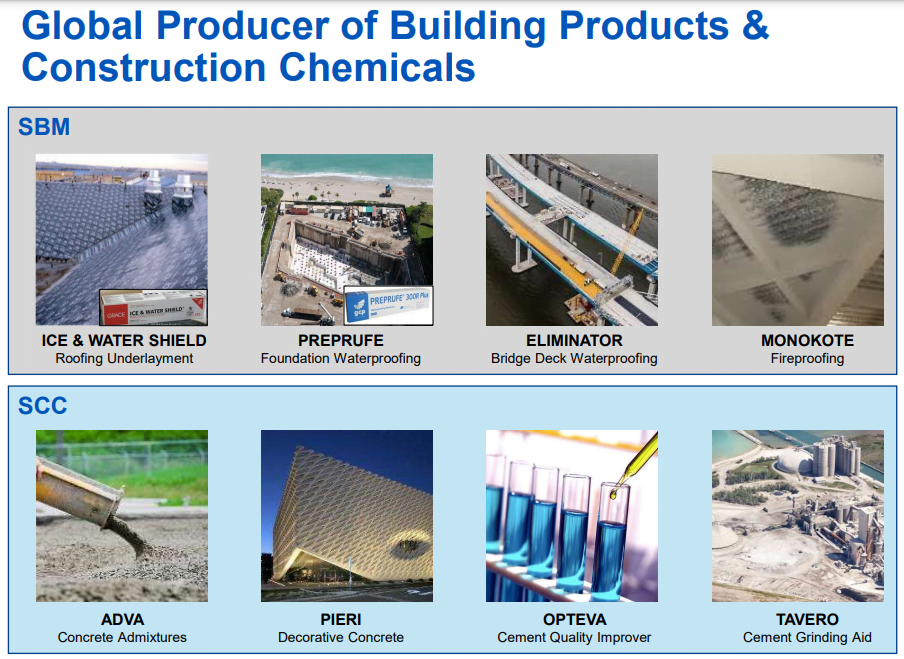 The company was severely impacted by cost inflation, raw material prices and logistics and supply chain disruptions during the pandemic.

We added GCP to our list of potential deals on December 1, 2021, when Bloomberg reported that French building materials maker Cie. de Saint-Gobain was among suitors considering a potential acquisition of GCP Applied Technologies. It was also reported that the company could attract takeover interest from other rivals including RPM International (RPM). On December 6, 2021, GCP entered into a definitive agreement to be acquired by Saint-Gobain for $32 per share, representing a premium of 21.12% to GCP’s unaffected closing stock price on December 1, 2021. The tiny 0.72% spread on the deal despite this being a cross-border deal with a closing date well into 2022, implies the market might be expecting a competing offer for the company. If the company considers a superior proposal, it will have to pay a termination fee of $71 million according to the merger agreement.

We added Mimecast Limited (MIME) to our list of potential deals on October 27, 2021. The price of MIME following this announcement was $75.16. On December 7, 2021, the company agreed to be acquired by Permira for $80 per share in cash, representing a premium of of approximately 16% to Mimecast’s unaffected closing stock price on October 27, 2021.

There were four new deals announced in the Deals in the Works section last week.

There were 19 SPAC IPOs filed and 6 new SPAC business combinations announced last week. You can find the new SPAC IPO announcements in our SPACs tool here.

The table below shows weekly spread changes between December 3 and December 10, 2021.

Multiple active deals continued to receive required approvals for the successful completion of their transactions. The bidding war for R. R. Donnelley & Sons Company (RRD) continued last week with RRD accepting an increased proposal from Atlas Holdings and Chatham further increasing its bid for the company. Little did we expect multiple rounds of bidding for R. R. Donnelley after a merger agreement was inked. In a market starved for good investment opportunities and interest rates still close to all time lows, we are likely to see more of these bidding wars, providing arbitrageurs with upside that is not the norm in the risk arbitrage world.