Headquartered in Stockholm, Sweden, Veoneer (VNE) is an auto-tech company that is focused on the hardware and software designs for automotive safety electronics. The company develops hardware and systems for occupant protection, advanced driving assistance systems (ADAS), and collaborative and automated driving technology that includes vision systems, radar, lidar, thermal sensing, electronic controls, and human-machine interface — developed to prevent traffic incidents from happening and mitigate the effect when accidents are unavoidable. 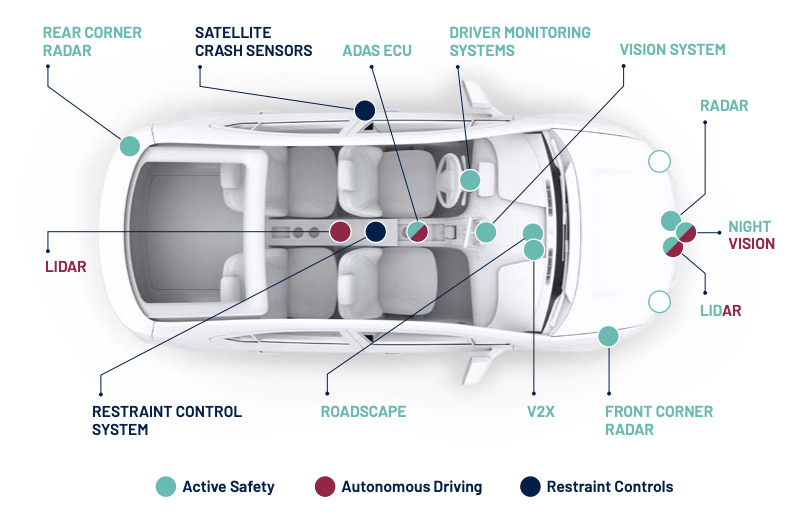 Veoneer was spun off from Autoliv (ALV) in July 2018 and started trading independently on the New York Stock Exchange and Nasdaq Stockholm. We were tracking the Veoneer spinoff situation back in 2017-2018, along with another merger arbitrage situation related to Qualcomm at the same time. Qualcomm (QCOM) had entered into an agreement to acquire NXP Semiconductors (NXPI) for $110 on October 27, 2016. At the same time, Broadcom (AVGO) was attempting to acquire Qualcomm for $70. Qualcomm attempted to fend off that acquisition by sweetening its bid for NXPI to $127.50 per share. Neither of the deals worked out as China ran out the clock on the NXPI deal and the U.S. government blocked Broadcom’s attempt to acquire Qualcomm. Little did we know back then that three years later, Qualcomm would outbid Magna to acquire Veoneer. Arbitraguers that picked up NXPI either before the deal break or after the forced selling following the deal break did very well as NXPI now trades north of $190.

Qualcomm is a significant player in the semiconductor industry and has been focused on mobile chips and other wireless devices. By acquiring Veoneer, Qualcomm intends to increase its footprint in the automotive market. Earlier this year, Qualcomm and Veoneer signed an agreement to create a new software brand called Arriver by collaborating on the delivery of scalable Advanced Driver Assistance Systems (ADAS), Collaborative and Autonomous Driving (AD) solutions. The system integrates Veoneer’s perception and driving policy software stack and Qualcomm® Snapdragon Ride™ ADAS/AD scalable portfolio of System on a Chip (SoC) and Accelerators.

As part of the merger agreement, investment firm SSW Partners will acquire all of the outstanding capital stock of Veoneer, shortly after which it will sell the Arriver business to Qualcomm and retain Veoneer’s Restraint Control Systems (RCS) and Active Safety businesses. The spread on this two-step deal is 3.35% or 4.65% annualized if it takes until the middle of next year for the deal to complete.

There were 11 SPAC IPOs filed and 4 new SPAC business combinations announced last week. You can find the new SPAC IPO announcements in our SPACs tool here.

The table below shows weekly spread changes between October 1 and October 8, 2021.

M&A activity remains interesting with bidding wars offsetting some of the impact from increased regulatory scrutiny. As we enter the fourth quarter, with higher bond yields and a faltering market, the scales may tip more towards the regulatory scrutiny side of things.

Insider Weekends: Bruce Evans Purchases Over 8,000 Shares of Analog Devices
Announcing the Launch of InsideArbitrage Plus