After months of muted activity on the M&A front due to the COVID-19 pandemic, it is interesting to see a steady increase in the number of new deals announced in the second half of this year. With digital healthcare evolving in the world of medicine, we witnessed the largest digital health deal last week, when Teladoc Health (TDOC) and Livongo Health (LVGO) announced their merger. More than 90% of the deal consideration in this cash plus stock deal is in stock. Teledoc shareholders will own 58% of the combined company after the merger. The combination of these two companies will create a significant entity in the field of virtual care and telemedicine.

The market did not look kindly to this $18.5 billion deal (when announced) and both stocks dropped immediately. The weakness continued the rest of the week and both companies dropped double digits last week as you can see from the chart below. Both companies were trading at extreme valuations before the deal was announced and maybe this announcement took the momentum out of both stocks. 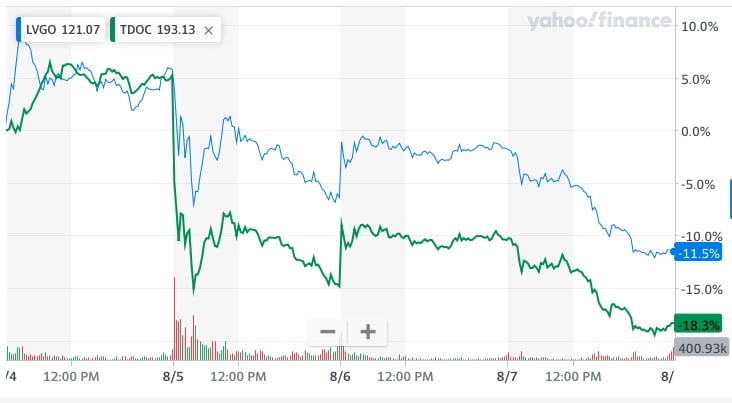 Another significant deal announced last week was the merger of GCI Liberty and Liberty Broadband Corporation. We had added GLIBA to our list of potential deals on June 29, 2020.