Welcome to the ten year anniversary edition of Insider Weekends. Little did we know that we would end up publishing this series of articles continuously for 10 years when we introduced Insider Weekends on June 13, 2010. In many ways these days feel a lot like it did in mid-2010 but there are also significant differences. Back in 2010, we were coming out of the deepest recession we had seen since the Great Depression where the S&P 500 lost 56.4% of its value and a large swath of investors doubted the nascent recovery that began in March 2009. In that sense we are in a similar situation where the recovery since late March 2020 has left a lot of seasoned investors perplexed.

The big difference this time was the rapid pace of decline followed by the pace of the recovery in the S&P 500. Rate cuts by the Federal Reserve and the huge stimulus programs put in place for businesses and citizens were also unprecedented. The volatility we experienced last week where we saw the Dow drop 1,862 points or 6.9% in a single day tells me that this period of market turmoil is far from over. One possible reason for this volatility could be the big spike in cases we are seeing in multiple states after they reopened from their COVID-19 shutdowns. Oregon, Texas and Arizona experienced a nearly 50% jump in cases and the largest hospital system in Arizona indicated that ventilated COVID-19 patients in their ICU have quadrupled since May 15th. 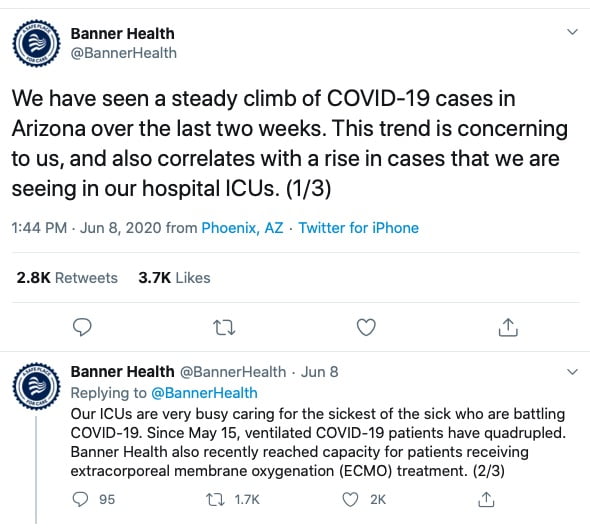 After a cluster of positive COVID-19 cases broke out at Beijing’s largest wholesale market, the city put 11 nearly neighborhoods under lockdown. I hear similar things from folks I talk to from different parts of India. The United States has seen over 100,000 new COVID-19 cases in just the last five days. This points to a future that probably includes a series of reopenings and shut downs that could have a significant impact on the economy for the rest of 2020. In this context, it is not surprising that a majority of CEOs surveyed by Fortune from the 2020 Fortune 500 list did not expect economic activity to return to pre-COVID levels until Q1 2022. Our economic future appears to be inextricably linked to an effective COVID-19 vaccine and I plan to position more defensively going forward. 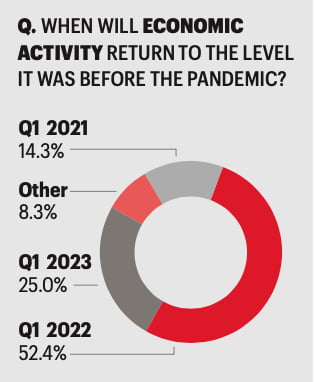 Insider buying decreased significantly last week with insiders purchasing $61.84 million of stock compared to $132.98 million in the week prior. Selling increased with insiders selling $2.44 billion of stock last week compared to $1.55 billion in the week prior. Jesse Felder of The Felder Report discussed the recent spike in insider selling and specifically selling by private equity firms in his interview with George Gammon last week. Incidentally one of the private equity firms he mentioned in his interview also made our list of insider sales this week.

Sell/Buy Ratio: The insider Sell/Buy ratio is calculated by dividing the total insider sales in a given week by total insider purchases that week. The adjusted ratio for last week went up to 39.54. In other words, insiders sold almost 40 times as much stock as they purchased. The Sell/Buy ratio this week compares unfavorably with the prior week, when the ratio stood at 11.62. 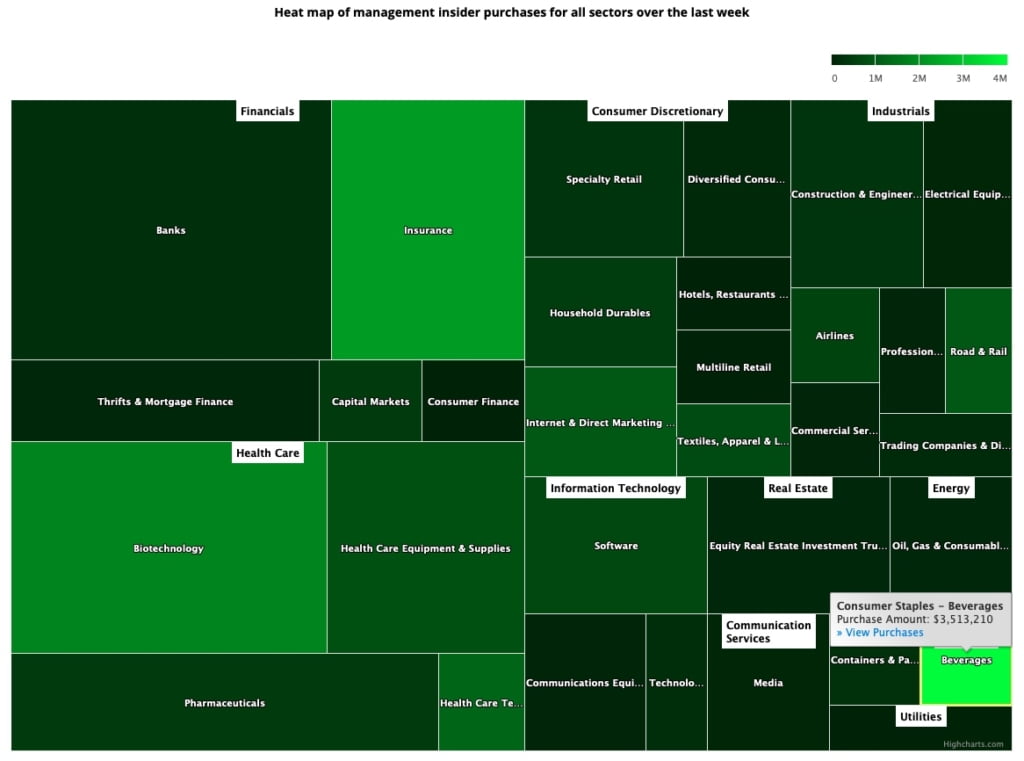 Director Jack W. Schuler acquired 1,380,955 shares of this diagnostics & research company, paying $8.81 per share for a total amount of $12.16 million. These shares were purchased indirectly through a trust.

Accelerate had seen a big acceleration in revenue as it sold its diagnostic systems for antibiotic resistance and hospital acquired infections before the COVID-19 pandemic hit. Revenue of $2.34 million for Q1 2020 still increased 34% year-over-year but paled in comparison to the 94% and 68% growth in the prior two quarters. The company continues to report huge losses but is expected to continue down its path of high revenue growth based on analyst estimates.

The company hired Jack Phillips as its COO last August and less than four months later announced that he would take on the role of CEO on February 1, 2020. Mr. Phillips joined Accelerate Diagnostics from Roche Diagnostics, the world’s leading diagnostics company.

Mr. Schuler has been buying Accelerate stock on the open market consistently since March 23rd. Mr. Schuler has been on Accelerate’s Board of Directors since 2012 and was the Chairman of the Board of Ventana Medical Systems, a company that was acquired by Roche. He previously served as the President and COO of Abbott Laboratories.

You can view the list of recent insider transactions for Accelerate Diagnostics, Inc. here.

Shares of this beverage company were acquired by 2 insiders:

You can view the list of recent insider transactions for Keurig Dr Pepper Inc. here.

Director Wes Cummins acquired 100,000 shares of this scientific & technical instruments company, paying $23.50 per share for a total amount of $2.35 million. These shares were purchased indirectly by 272 Capital, LP.

You can view the list of recent insider transactions for Vishay Precision Group, Inc. here.

Director David Lamond acquired 49,125 shares of this biotech company, paying $43.27 per share for a total amount of $2.13 million. These shares were purchased indirectly through a trust.

You can view the list of recent insider transactions for Cortexyme, Inc. here.

Shares of this critical comfort, thermal, and security solutions provider were acquired by 4 insiders:

You can view the list of recent insider transactions for Resideo Technologies, Inc. here.

You can view the list of recent insider transactions for Enphase Energy, Inc. here.

Shares of this beverage company were sold by 3 insiders:

You can view the list of recent insider transactions for The Boston Beer Company, Inc. here.

Shares of this asset management company were sold by 3 insiders:

You can view the list of recent insider transactions for Ares Management Corporation here.

You can view the list of recent insider transactions for Broadcom Inc. here.