Last month I received an email from a subscriber who had been reading my weekly articles about insider transactions since September 2017 and he told me a very interesting story about his experience following company insiders as they (legally) bought stock in their own companies. In the ensuing weeks, through a series of email exchanges and two phone calls I was able to learn more about Rick and feel privileged to share his story through this article.

I have reproduced the first email he sent me almost verbatim below with minor modifications to improve readability.

I have used the insider approach probably longer than anyone that is still alive today! It started in 1974 when I read a book by Perry Wysong who had worked at Eli Lilly. Back then I would receive reports directly from the SEC of insider buying. Keep in mind, back then the reports were 6 months old as the rules were different! It still worked!! I left a family owned business to become a broker at a small firm called Thomson McKinnon, then went to Dean Witter, then found a home at EF Hutton for 7 years and did extremely well.

In the beginning the high producing brokers made fun of me and pointed out where the insiders were wrong. A man called Doug Krueger who sat next to me began seeing the results, jumped on board and we had a ball! I made one gigantic mistake, I HAD WITNESSED 16 STOCKS IN A ROW THAT HAD WORKED AND WAS NOT DIVERSIFIED. There was a company called Southmark with huge insider buying at about $5 a share. I sold everything I had and margined to the hilt. The stock went to $12 and I was planning on taking at least half my profits and diversifying. I was in Hawaii thinking how I would become a muti-millionaire at the ripe old age of 27!

A few weeks later Southmark declared bankruptcy and I lost a wife not because of this but because of my alcoholism. You see I am a Christian and in the very beginning I gave God the credit, then later God and me, then me alone!!

Rick’s story was fascinating on many levels and I could identify with some of the mistakes he made including the one to not diversify. For every investor that promotes the values of a concentrated portfolio, I would suggest looking up what happened to the once celebrated Bruce Berkowitz with his concentrated value oriented portfolio. Peter Lynch managed to achieve his remarkable record of 29.2% annualized returns during his 13 years running the Fidelity Magellan fund by owning hundreds of stocks. The reason this works is because the big winners more than make up for the losers if you are able to hold them for the long run. The right approach could lie somewhere between Mr. Berkowitz and Mr. Lynch. 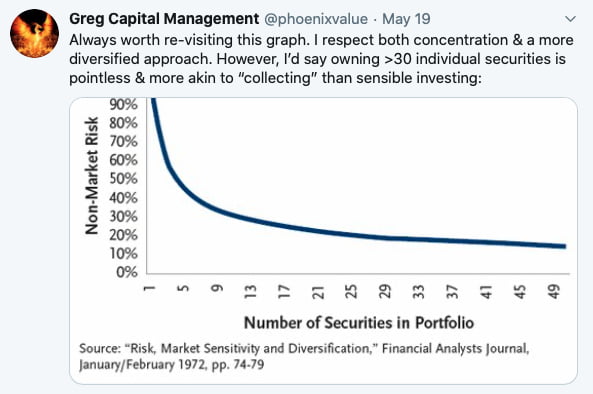 A lot has changed since Rick started following insiders including the time it takes to get this information from the SEC. It is hard to imagine that investors had to wait six months to get this information. Insiders are now required to file a form with the SEC called the form 4 detailing their insider purchases, sales and even option exercises within two business days of the transaction. If they buy or sell stock based on a pre-established plan (called a 10b5-1 plan) they are required to disclose this in the footnotes of the filing. If they buy the stock in a spouse’s account or for their children, they are required to disclose that as well. We at Inside Arbitrage now get this information within seconds after the form 4s are filed with the SEC and we have been aggregating this data for 10 years.

Rick’s bad experience of betting everything on one stock and losing it all is not unique. I wrote an article in November 2007 called 10 Common Investor Mistakes during the housing related Great Recession and concluded that article with the following words,

The last and most critical mistake an investor who is just starting out can make is giving up on investing altogether after taking a hard (but not critical) hit. There is a good possibility that if you were to avoid the first nine mistakes, your portfolio may not suffer a big drop but as any student of risk management will tell you, fat tail risks tend to occur more often than people expect. Just take a look at the cover story of the latest edition of Fortune magazine “What were they smoking?“. I still recollect the day back in 2002 when a friend and I were looking at Red Hat (RHT) trading at $4 and saying to ourselves, “this is too cheap, how can it go any lower?”. As geeks we believed we had a slightly better idea of Red Hat’s potential than the average suit on Wall Street. However my friend did not act as the memory of a big (but not crippling) loss made him the personification of the saying “once bitten, twice shy”. I decided to stay the course and through new investments in companies like Priceline.com, was able to recover all my bear market losses and then some. Over and over again I have come across people who lost a bunch of money in a bear market and then decided to become highly conservative even though they were years or decades from retirement. This has lead them to stay out of the market during their best years and earn subpar returns.

Rick’s lessons go beyond benefits of diversification and picking yourself back up after a big setback. It does not matter how unique your investment edge might be, that edge could erode over time as other investors discover the strategy and dilute the returns. You not only have to be able to recover from a setback, you have to constantly work to find the next strategy or company that will make a big difference to your investment returns. The investment process is difficult even for the most experienced investors and there is a reason most investors should just invest in a broadly diversified index fund instead of attempting to beat the market. For those willing to go the extra mile, perseverance is one of the key traits to success. In many ways Rick’s story reminded me of the “boy plunger” Jesse Livermore from the book Reminiscences of a Stock Operator by Edwin Lefèvre.

Based on some of the emails I received from Rick, it looks like he did not completely get out of the game and was buying stock during the Great Recession by following company insiders. His enthusiasm has returned in recent weeks as he picked beaten down stocks after the big March decline and has done well by leaning on his multi-decade investing experience.

Rick was diagnosed with stage 4 liver cancer in January 2019 and was given six months to live. He was recently told that he only had a few weeks left.  Rick is going through a difficult time but he appeared to be happy the last time I spoke to him, drawing strength from his faith. He was planning on going to Walt Disney World in June with his wife but the COVID-19 pandemic disrupted those plans. I hope the rest of Rick’s journey in this world is dignified and as painless as possible. I want to thank him for helping the rest of us realize the important things in our life go beyond the next successful trade.