Welcome to edition 509 of Insider Weekends. In our last edition we mentioned how for the first time in nearly 10 years we saw insider buying outpace selling and wrote the following,

We have been tracking insider data for nearly 10 years and in all this time we have not come across a single week where insider buying outpaced insider selling. The rapid drop in the markets over the last few weeks that saw the volatility index (VIX) jump to 75 last Thursday (the peak during the 2008-2009 Great Recession was 79) also caused insiders to start buying their own stocks at an accelerated pace.

We have been bearish for several weeks now and have written about showing restraint despite the insiders stepping up their insider buying because insiders as a group generally tend to be optimistic about their own companies, sometime buy to “signal” the market and like value investors often tend to be early.

The market continued its decline last week but the volatility index or the “fear index” (VIX) also declined, indicating there was some exhaustion of the fear we were experiencing in the market. With the U.S. surpassing all other countries, besides China and Italy, in the number of confirmed COVID-19 cases, the news is likely to get worse over the next few days. On account of inadequate testing and lack of preparation, the number of cases in the U.S. is potentially significantly understated.

The State Department’s strong recommendation to all U.S. citizens to return home unless they want to stay out of the country for an extended period combined with one of the largest long-haul airline, Emirates’, decision to suspend all passenger flights to all locations, points to a potential nationwide shutdown in the U.S. in the next few days or weeks. This is in keeping with what we saw in China and Italy where local counties/provinces shut down first, followed by large regions and then the entire country. The San Francisco Bay Area was already in a lock down for several days before all of California went into a lock down. The streets of San Francisco are eerily empty. 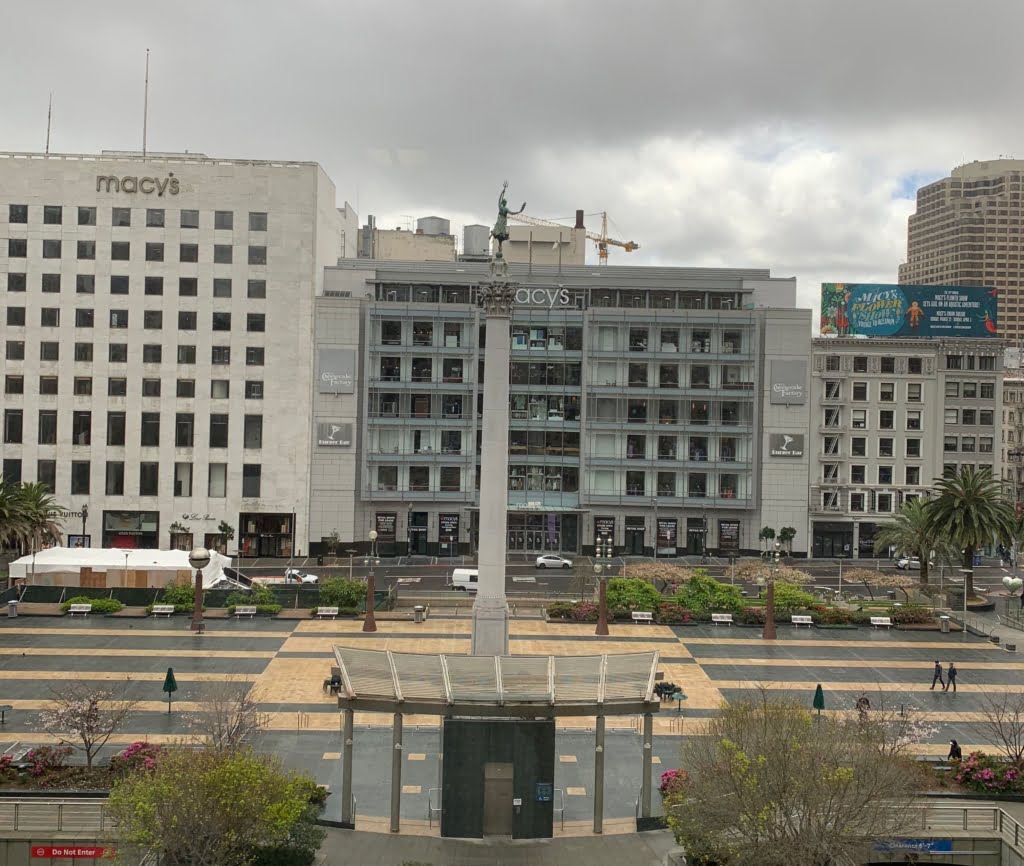 Depending on our response to this crisis, this could be a one quarter event with a quick peak and a decline or a long two quarter event with the pain spread over several months. If the situation is the former, then certain stocks look very attractive after large declines that have seen anywhere from half to more than two-thirds of their market value wiped out in the span of a month. Selling usually begets more selling as leveraged positions are unwound, funds respond to redemption requests and retail investors respond to the bad news they see everyday.

I have been unwinding the hedges I put in place more than a month ago, shorted the volatility index last week and plan to start nibbling on the long side from the COVID-19 watch list I wrote about earlier this month.

Sell/Buy Ratio: The insider Sell/Buy ratio is calculated by dividing the total insider sales in a given week by total insider purchases that week. The adjusted ratio for last week dropped to 0.88. In other words, insiders sold less than the stock they purchased. The Sell/Buy ratio this week compares favorably with the prior week, when the ratio stood at 0.98. 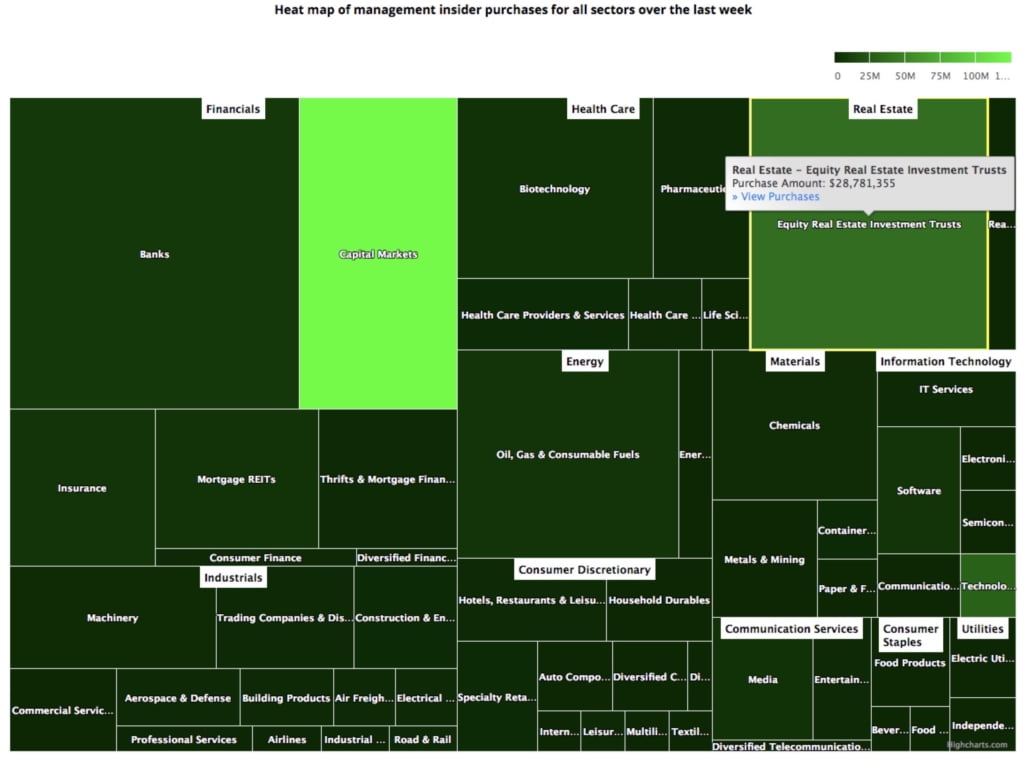 You can view the list of recent insider transactions for Prospect Capital Corporation here.

You can view the list of recent insider transactions for Dell Technologies Inc. here.

Shares of this retail REIT were acquired by 8 insiders:

These purchases by the insiders of the largest mall operator in the United States come right after the company increased its line of credit and then decided to shut down all its domestic malls until March 29th. The stock declined nearly 24% in a single day following this announcement.

After seeing the stocks of several brick-and-mortar retailers decline sharply I was thinking about the short-term and long-term impact on their business. Besides the temporary impact of their stored being closed, this event could accelerate the shift to online shopping and hurt those retailers that have not yet successfully transitioned to a hybrid online and physical store retail model.

You can view the list of recent insider transactions for Simon Property Group, Inc. here.

Shares of Wells Fargo were acquired by 2 insiders:

You can view the list of recent insider transactions for Wells Fargo & Company here.

You can view the list of recent insider transactions for Cloudera, Inc. here.

Shares of this social media company were sold by 4 insiders:

Director Irving Weissman sold 250,000 shares of this biotech company for $94.37, generating $23.59 million from the sale. These shares were sold indirectly through a trust.

Gilead Sciences is in the process of acquiring Forty Seven in an all cash deal worth $95.50.

You can view the list of recent insider transactions for Forty Seven, Inc. here.

Shares of this office REIT were sold by 3 insiders:

You can view the list of recent insider transactions for Digital Realty Trust, Inc. here.

Director Daniel J. Englander sold 190,000 shares of this online auctions and vehicle remarketing services provider for $64.31, generating $12.22 million from the sale. 80,000 of these shares were sold as a result of exercising options immediately prior to the sale.

You can view the list of recent insider transactions for Copart, Inc. here.

Shares of Adobe were sold by 2 insiders:

You can view the list of recent insider transactions for Adobe Inc. here.