In an article discussing the battle for Twitter earlier this year, I wrote the following about another company that went through a hostile takeover,

This situation reminds me of Oracle’s (ORCL) contentious battle to acquire Peoplesoft back in 2003. Oracle offered Peoplesoft $5.1 billion to acquire the company. In an attempt to ward off Oracle, Peoplesoft not only adopted a poison pill provision but went one step further by offering their customers up to 5 times the cost of their software licenses if the company was acquired within the next two years and support for their software was turned off within four years.

The long contentious battle lasted 18 months, ended up in court and resulted in Peoplesoft investors getting nearly twice Oracle’s original offer when the deal size ballooned to $10.3 billion.

Messrs. Duffield and Bhusri ran Workday as co-CEOs through May 2014 before Mr. Duffield stepped down from the CEO role and became the Chair of the Board. He resigned from the Chairman role last April. Aneel Bhusri ran the company as its sole CEO until August 2020 when Chano Fernandez stepped into the role of co-CEO.

Chano Fernandez was with Workday for 9 years in various roles after joining the company in 2014. He was President of the Europe, Middle East and Africa (EMEA) and Asia-Pacific and Japan (APJ) regions, and was also co-President of Workday before taking on the co-CEO role. Mr. Fernandez has held senior leadership positions at several companies including SAP, Infor, Blue C, and McKinsey & Company. He was at German software company SAP from October 2007 until December 2013 as Head of Innovation Sales EMEA.

Earlier this year, on March 16, 2022, private equity firm KKR (of Barbarians at the Gate fame), announced the appointment of Chano Fernandez as a Senior Advisor to KKR’s global technology team. According to the press release,

“Mr. Fernandez will advise the KKR team on its investment activities in the technology sector globally, with a focus on the enterprise application software segment in Europe and North America. In his role, Mr. Fernandez will help to identify and assess new opportunities, and provide guidance to the management teams of KKR’s portfolio companies on operations and growth strategies.”

The sudden departure of Mr. Fernandez comes as a surprise to investors and the stock was down around 2% after hours following the announcement. Workday ended regular trading on Wednesday down 1.17% in a strong market. It is possible that Chano Fernandez plans to expand on his advisory role with KKR or take on a more active role in one of its portfolio companies. Aneel Bhusri has been an advisory partner at the VC firm Greylock Partners for nearly 24 years.

Workday Taps Board Member as Co-CEO

On December 21, 2022, Workday announced that Carl Eschenbach has been appointed as the new co-CEO after Chano Fernandez informed the Board of his intention to resign from his position as Workday’s co-CEO and a member of the Board effective December 20, 2022.

“Chano has been an integral part of Workday since he joined almost nine years ago and has helped us to achieve great success and growth. We thank him for his many contributions.” said Aneel Bhusri, co-founder and co-CEO of Workday.

Carl Eschenbach, a long-time enterprise solutions executive, who joined premier VC firm Sequoia Capital in 2016  is now heading back to an operating role. As Workday’s new co-CEO, Eschenbach will co-lead Workday with its co-CEO, co-founder and company chair Aneel Bhusri, until 2024, following which he will become sole CEO, and Bhusri will move to the role of Executive Chair.

Mr. Eschenbach has been a partner at Sequoia for nearly seven years and has served on the boards of Snowflake, UiPath, and Zoom Video Communications. He has also been a board member of Workday since 2018.

During his tenure at Sequoia, he sealed a number of deals  including persuading Zoom’s (ZM) founder and CEO Eric Yuan to accept $100 million in Series D funding entirely from Sequoia in 2017. At the time of Zoom’s 2019 IPO, Sequoia owned 11.4% of the company. Sequoia also held an 8.4% stake in Snowflake (SNOW) prior to its IPO in 2020.

Following his appointment as Co-CEO Eschenbach, will remain as a partner at Sequoia,

“We have an incredible opportunity in front of us and I’m confident that Carl, with his leadership skills and his proven experience in helping technology companies scale, as well as his commitment to culture and values, will help lead Workday through its next phase of growth,” said Bhusri.

Workday’s co-founder and CEO  Aneel Bhusri, who also serves as the Chairman of the company’s Board of Directors will step down from his position after January 2024. Bhusri has consistently been the driving force behind Workday as one of its co-Founders, despite frequently serving with different co-CEOs.

Bhusri started his career in the early 1990s at PeopleSoft, where he rose to the position of Vice Chairman. He received his MBA from Stanford after having studied Electrical Engineering at Brown University.

Founders and especially founding CEOs have a hard time letting go and sometimes tend to be “Boomerang CEOs” that return to “right the ship” like Howard Shultz did with Starbucks (SBUX) and more recently Bob Iger (not a founding CEO, but he had a long tenure) did with Disney (DIS). Mr. Bhusri plans to take on the role of Executive Chairman after he transitions out of the co-CEO role and it remains to be seen if he can truly step back like Jeff Bezos has done at Amazon (AMZN). 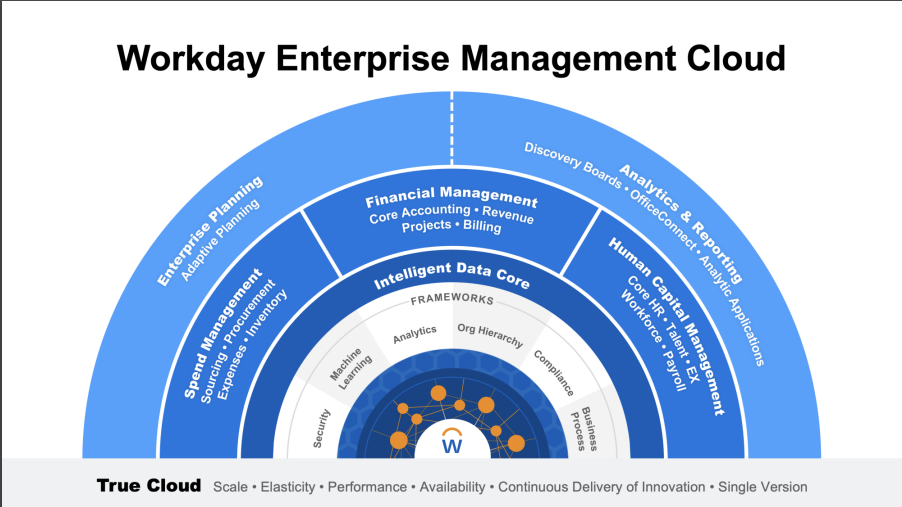 The company swung from an operating profit in Q3 2022 to an operating loss in Q3 2023 but free cash flow was almost identical in both quarters at around $350 million. Non-GAAP basic and diluted net income per share were $1.01 and $0.99, respectively, compared to $1.15 and $1.10, respectively, in the same period last year. The company has a strong balance sheet with $2.52 billion in net cash.

At the Workday Innovation Summit, Workday executives last week laid out ambitious goals to boost revenue from $5 billion this fiscal year to $10 billion within the next 4 years, as they prepare to deliver an onslaught of new products to meet the emerging needs of customers.

The stock is down 39% over the last year. Workday shares fell 2% in extended trading after the Co-CEO announcement. 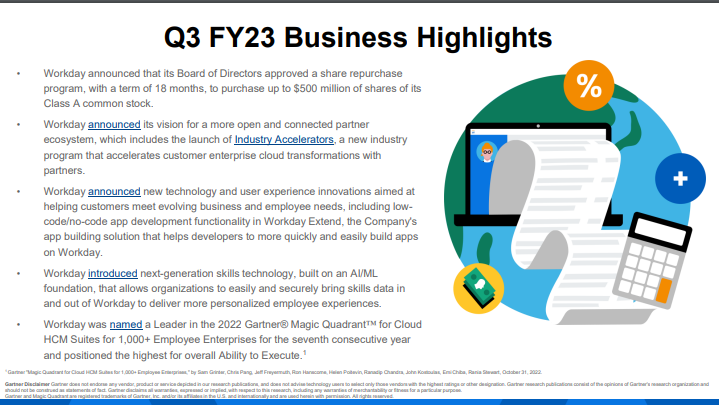 On November 29, 2022 Workday made the decision to return surplus capital to shareholders. Workday will repurchase $500 million in shares over an 18 month period in an effort to offset share dilution from employee stock issuances.

The company trades at a forward EV/Sales of 6.77. 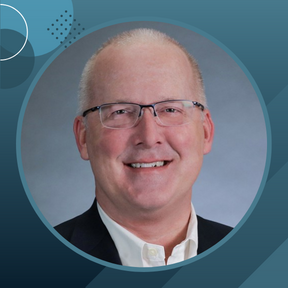 On December 19, 2022, Cardinal Health and its board of directors announced that Aaron Alt will become the company’s new Chief Financial Officer. Alt will succeed interim CFO, Trish English effective February 10, 2023. 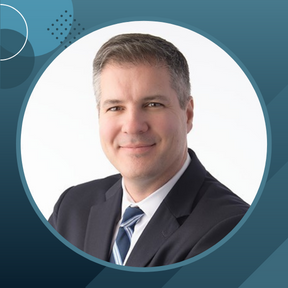 On December 19, 2022, the Board of Directors of Xylem appointed Matthew F. Pine as the company’s Chief Operating Officer, effective January 1, 2023. 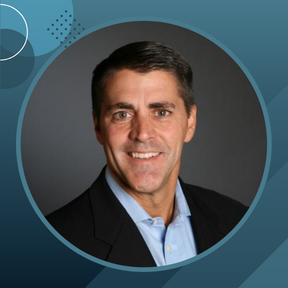 On December 14, 2022, the Board of Directors of Workday appointed Carl M. Eschenbach as co-Chief Executive Officer of Workday, effective December 20, 2022. 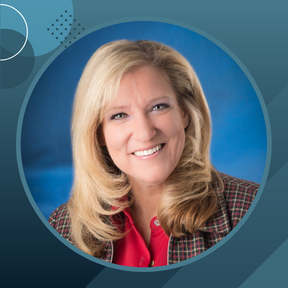 On December 20, 2022, Erie Indemnity Company announced that Julie M. Pelkowski has been appointed Executive Vice President and Chief Financial Officer of the company. 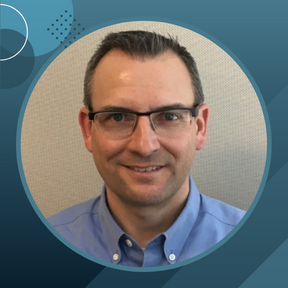 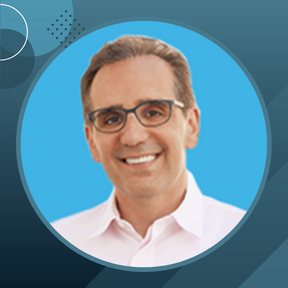 On December 14, 2022, Luciano G. Fernandez informed the Board of his intention to resign from his position as Workday’s co-CEO and a member of the Board, effective December 20, 2022. 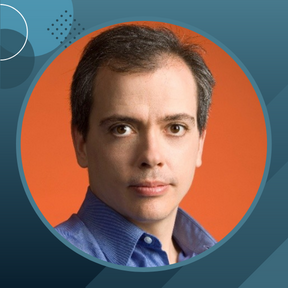 Daniel Alegre, President and Chief Operating Officer of Activision Blizzard, notified the company that he plans to leave for another opportunity upon completion of the current term of his employment under his employment agreement, which term expires on March 31, 2023. 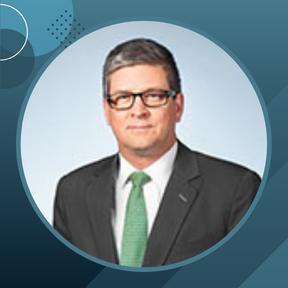 On December 14, 2022, M&T Bank Corporation announced that Daren King Chief Financial Officer will step down in the second quarter of 2023. 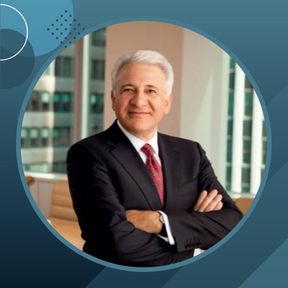 On December 16, 2022, the Board of Directors of AXIS Capital Holdings Limited, announced Albert Benchimol, the company’s current Chief Executive Officer and President, will be leaving the company effective December 31, 2023. 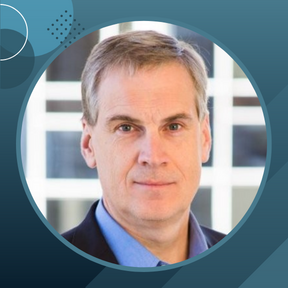