Buyback activity edged up last week with 22 companies announcing buybacks compared to 18 companies in each of the prior two weeks. Two of the largest buyback announcements last week included a $1 billion buyback announced by the Bermuda-based insurance company Arch Capital Group Ltd. (ACGL), which represents around 4.5% of its market cap at announcement. Arch Capital has been actively buying its shares and has reduced its outstanding share count by approximately 22 million this year. Centene Corporation (CNC) also boosted its buyback to $2 billion representing around 2.3% of its market cap at announcement.

We decided to pick Titan International (TWI) to take a closer look this week. Titan, a mid-cap company with a market cap of $928 million, announced a $50 million buyback on December 15, 2022, representing around 5% of its market cap at announcement.

Titan International offers a full line of wheels, tires and undercarriage products for agricultural, construction, military, and mining. The company’s tires are designed to reduce soil compaction and prevent vehicles from sinking into soft earth. Its high-profile customers include John Deere, Caterpillar, and Kubota. The company operates through multiple subsidiaries, the most prominent being Titan Tires Corporation and Goodyear Farm Tires. The company is globally diversified but the biggest chunk of its revenue (47%) comes from the United States. 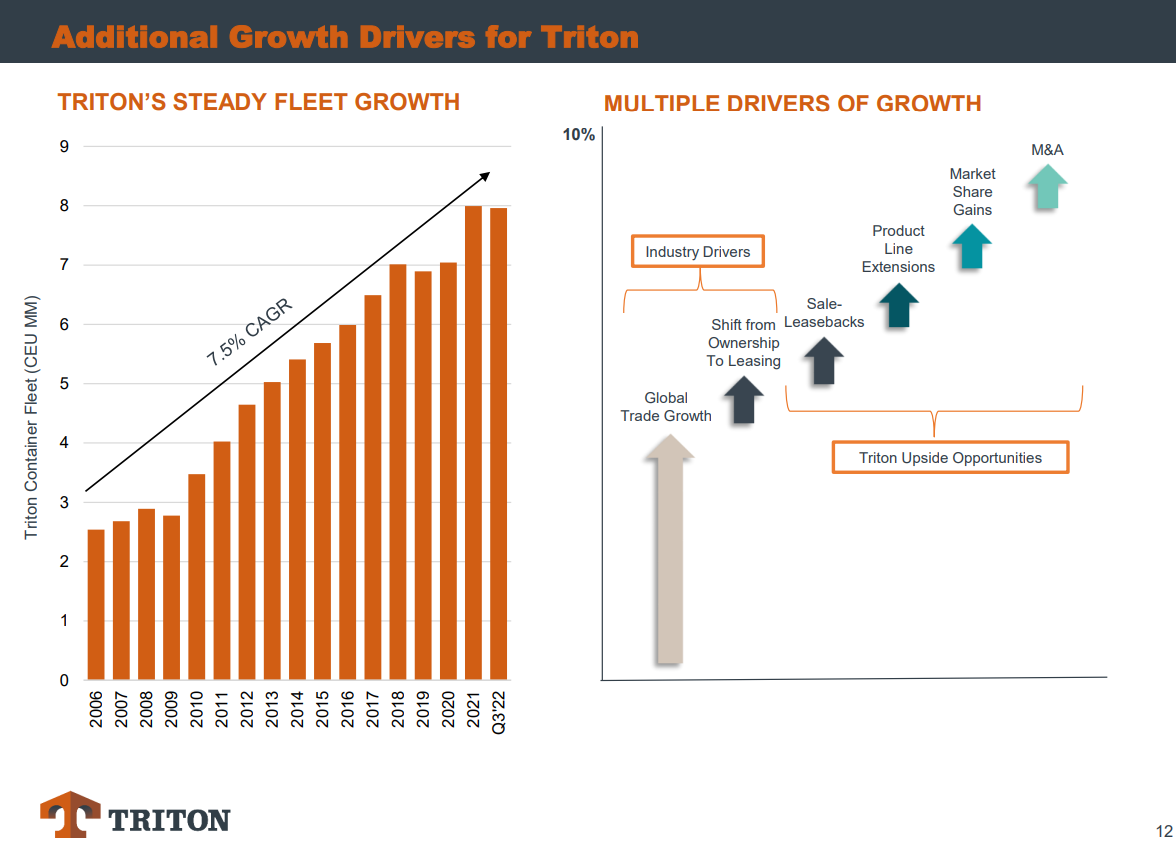 The company is clearly benefiting from a resurgence in commodity prices and an increase in both mining and agricultural activity. After a pandemic-related dip in 2020, Titan’s revenue has increased steadily, rising from $1.32 billion in Q1 2021 to $2.15 billion in Q3 2022. Net income margin also swung from negative territory to 7.5% during the same time period. For the first nine months of 2022, revenue of $1.66 billion was 28.4% above the $1.29 billion reported over the same period last year.

The stock was a laggard from much of the last decade but has surged recently due to the company’s strong financial performance and is up 95% over the last year. According to management, this revenue increase was driven largely by improved pricing, a favorable change in product mix, and a higher volume of products sold across all of the companies operating segments. Titan has net debt of $344 million and TTM free cash flow of $68 million appears to indicate good coverage for its debt. Its current ratio of about 2 indicates that it has the financial resources to remain solvent in the short term. The company’s net debt leverage at the end of September improved to 1.4 times trailing 12 months adjusted EBITDA, down from 1.8 times at the end of Q2 and 2.9 times at last year’s end. 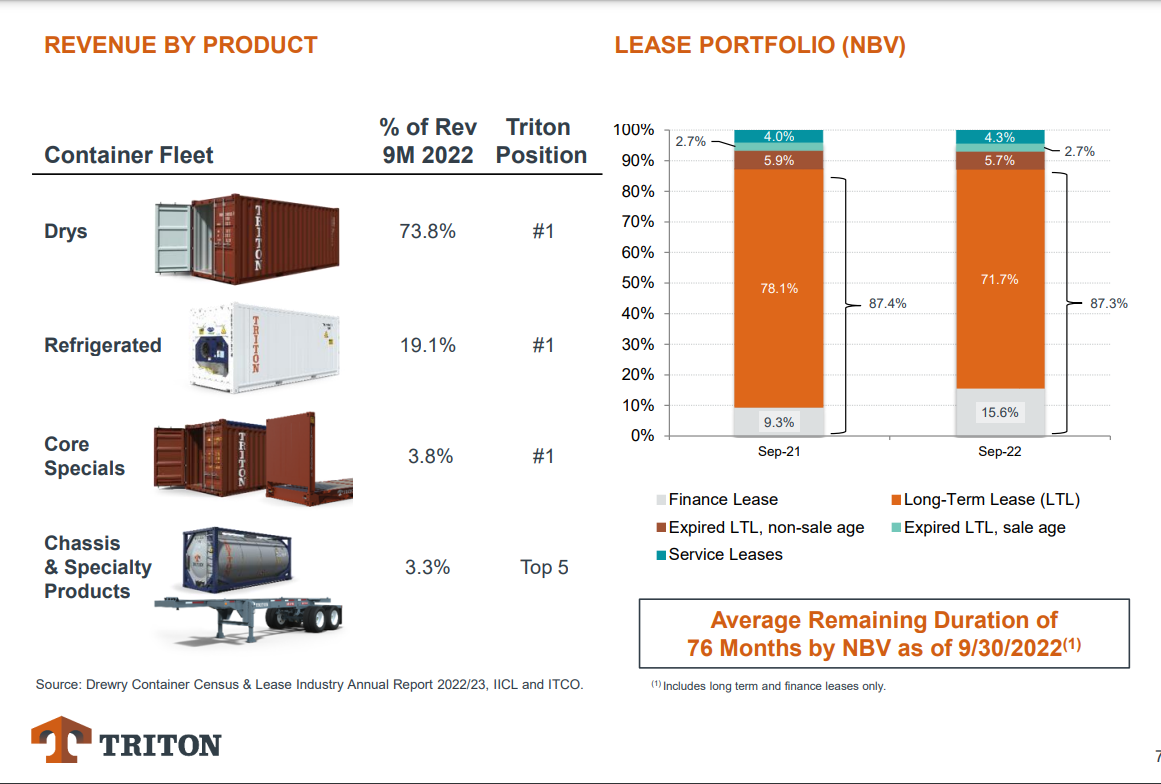 Over the last two quarters, the company has bought 760,000 shares, reducing its shares outstanding to 63.6 million at the end of Q3 2022. Despite the near doubling of the stock over the last year, it still trades at an EV/EBITDA of a little over 5, encouraging management to announce a buyback.

Some of the risk factors Titan might face include the increase in the prices of commodities like steel, rubber, and fabric, which are key inputs required in the production of wheels and tires. Moreover, the company prefers doing spot purchases over signing long-term contracts, resulting in potentially higher prices in an inflationary environment.

The expected growth in agriculture will let farmers continue to invest in upgraded new equipment and replacement tires. This will hopefully help the company offset any impact from a decline in construction or consumer revenue. As we saw during the last decade, the company’s performance is highly correlated to the performance of commodities and any pullback in construction and mining activity on account of a global recession will once again impact Titan’s bottom line.

Welcome to edition 38 of Buyback Wednesdays, a weekly series that tracks the top stock buyback announcements during the prior week. The companies in the list below are the ones that announced the most significant buybacks as a percentage of their market caps. They are not the largest buybacks in absolute dollar terms. A word of caution. Some of these companies could be low-volume small-cap stocks with a market cap below $2 billion.

On December 15, 2022, the Board of Directors of this recreational vehicle retailer approved a new share repurchase program authorizing the company to repurchase up to $50 million of its class A common stock equal to nearly 37% of its market cap at announcement.

On December 15, 2022, the Board of Directors of this industrial services provider approved a new share repurchase program authorizing the company to repurchase up to $85 million of its class A common stock, equal to around 17% of its market cap at announcement.

On December 15, 2022, the Board of Directors of this online content recommendation platform approved a new share repurchase program authorizing the company to repurchase up to $30 million of its class A common stock equal to nearly 16.8% of its market cap at announcement.

On December 15, 2022, the Board of Directors of this family footwear retailer approved a new share repurchase program authorizing the company to repurchase up to $50 million of its class A common stock, representing nearly 8.4% of its market cap at announcement.

On December 15, 2022, the Board of Directors of this regional bank approved a new share repurchase program authorizing the company to repurchase up to 10 million shares of its class A common stock equal to nearly 5.5% of its market cap at the announcement.