Founded in 2011 and headquartered in Scottsdale, Arizona, STORE Capital is an internally managed net-lease REIT that acquires, invests, and manages Single Tenant Operational Real Estate. 80% of the company’s acquisitions are accounted for by companies in sale/leaseback transactions. STORE Capital primarily invests in properties that are subject to long-term NNN Leases. In a ‘triple net lease’, the three most common expenses charged back to the tenant or lessee include property taxes, insurance, and maintenance, often called the “three nets”. 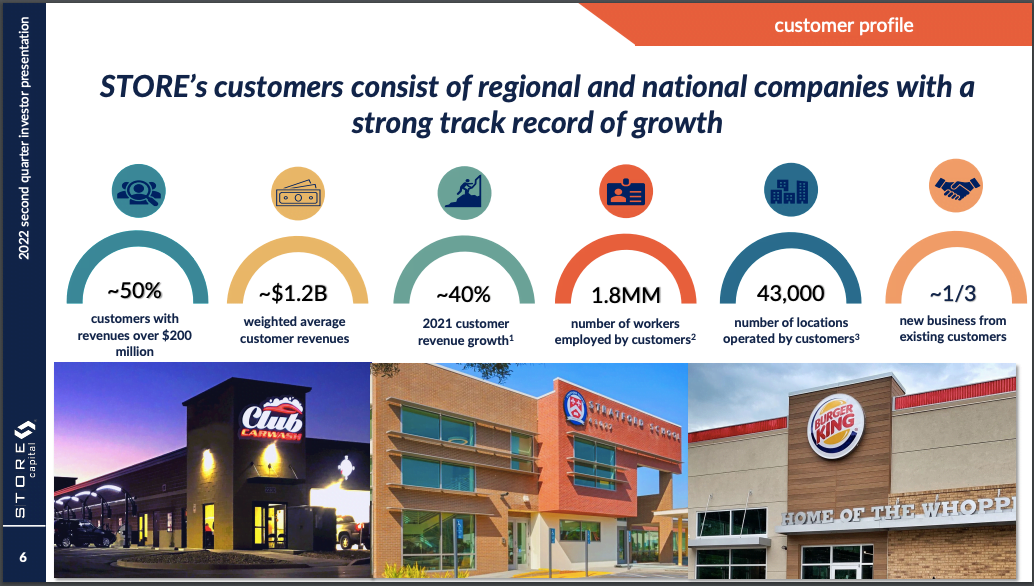 On September 15, 2022, STORE Capital entered into a definitive agreement to be acquired by GIC, a global institutional investor in partnership with Oak Street, a Division of Blue Owl, one of the largest net lease investors, in an all-cash transaction valued at approximately $14 billion. Under the terms of the definitive merger agreement, STORE Capital stockholders will receive $32.25 per share in cash, representing a premium of 20.4% to the company’s closing stock price as of September 14, 2022. Using the mid-point of STORE’s adjusted funds from operations (AFFO) guidance for 2022, GIC and Oak Street are paying 14.27 times AFFO for the company.

The deal is expected to be completed in the first quarter of 2023 and includes a 30-day “go-shop” period that will expire on October 15, 2022. STORE Capital will pay a dividend in the third quarter but will suspend its dividend thereafter. The company’s second quarter dividend was $0.39 per share and the ex-dividend date was June 29, 2022.

Last week, two new potential deals were added to the ‘Deals In The Works‘ section.

Disclaimer: I have long positions in Atlas Air Worldwide (AAWW), Biohaven Pharmaceutical (BHVN), Twitter (TWTR), First Horizon (FHN), Tower Semiconductor (TSEM), TEGNA (TGNA), and Bluerock Residential Growth REIT (BRG). Please do your own due diligence before buying or selling any securities mentioned in this article. We do not warrant the completeness or accuracy of the content or data provided in this article.