Beyond the standard M&A related news, an event that stood out last week was Elon Musk selling an additional $6.89 billion of Tesla (TSLA) stock just in case he was forced to perform on the Twitter (TWTR) deal by the Delaware Chancery Court. It was also interesting to see Chicken Soup for the Soul Entertainment (CSSE) close its acquisition of Redbox Entertainment just 92 days after announcing the deal. For much of the time after the deal was announced, Redbox traded at a massive premium to the deal price but it was near impossible to find enough shares to short the stock.

Incorporated in 2011 and headquartered in South San Francisco, California, Global Blood Therapeutics  is a biopharmaceutical company that engages in the treatment for underserved patient communities with sickle cell disease (SCD).

Sickle cell disease is an inherited blood disorder caused by a defective gene, called the sickle cell gene. It results in an abnormality in the oxygen-carrying protein haemoglobin found in red blood cells, which restricts blood flow through the body and can lead to serious problems, including stroke, eye problems, infections, and episodes of pain called pain crises. Stem cell or bone marrow transplants are the only cure for sickle cell disease, but are not done very often because of the significant risks involved. 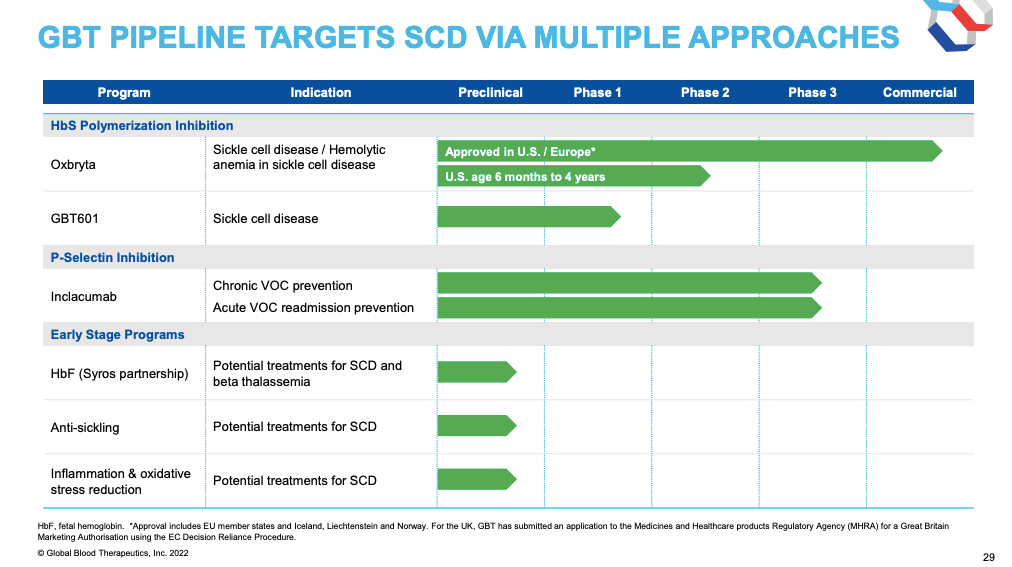 We added Global Blood Therapeutics as a potential deal in the works on August 5, 2022, when Bloomberg reported that the company was attracting takeover interest. On August 8, 2022, Pfizer (PFE) and Global Blood Therapeutics, entered into a definitive agreement under which Pfizer will acquire GBT, in a transaction valued at $68.50 per share in cash, for a total enterprise value of approximately $5.4 billion, representing a premium of over 100% to GBT’s price on August 3, 2022, before the potential deal was announced.

Pfizer plans to boost its pipeline with this acquisition in order to combat the potential slowdown in the sales of Covid-19 drugs. Pfizer acquired Arena Pharmaceuticals and Trillium Therapeutics last year and is in the process of completing the acquisition of Biohaven Pharmaceutical (BHVN).

According to an article on The Wall Street Journal,

“The acquisition continues a string of deals for Pfizer, which is flush with cash from sales of its Covid-19 vaccine and drug. It has said it wants to add $25 billion in revenue from business-development moves like mergers and acquisitions by 2030.“

There were four new potential deals added to the Deals in the Works section last week.

Disclaimer: I have long positions in Atlas Air Worldwide (AAWW), Biohaven Pharmaceutical (BHVN), Twitter (TWTR), First Horizon (FHN), Tower Semiconductor (TSEM), TEGNA (TGNA) and Bluerock Residential Growth REIT (BRG). Please do your own due diligence before buying or selling any securities mentioned in this article. We do not warrant the completeness or accuracy of the content or data provided in this article.