The year 2022 kicked off with two healthcare tech deals, continuing the trend of the 35 health care sector deals announced in 2021, with a total value of over $157 billion.

Incorporated in 2000 and headquartered in San Jose, California, Vocera Communications (VCRA) specializes in workflow platforms for healthcare providers. The  company provides software that offers digital care coordination and communication, which includes the hands-free Vocera Smartbadge. Vocera’s workflow solutions enables mobile workers to choose devices based on their role or task, that includes smartphones or one of the company’s wearable communication devices, and use voice commands to reach people by name, role or group. 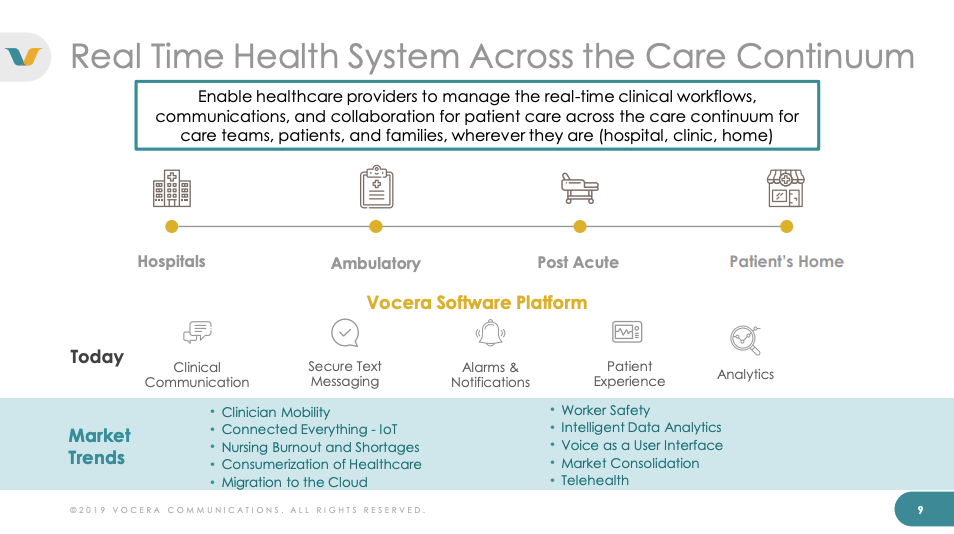 Vocera entered into a definitive agreement to be acquired by Stryker Corporation (SYK) for an enterprise value of $3.09 billion. This is an unusual move for a medical devices company like Stryker but it looks like everyone wants to have a slice of the connected/digital healthcare pie. While the deal seems large, it is a small fraction compared to Stryker’s enterprise value of $110 billion. Considering Stryker already has more than $10 billion in debt on its balance sheet, it is surprising the company did not use its expensive stock (EV/EBITDA of 24) to purchase Vocera and instead opted to pay all cash for the deal. Stryker is paying 12 times sales and a whopping 69 times forward EBITDA for this deal.

There were two new deals announced in the Deals in the Works section last week.

SPAC activity was low with only four new SPAC IPOs filed. There were no new SPAC combinations announced last week. You can find the new SPAC IPO announcements in our SPACs tool here.

It was good to see six deals close in the perceived challenging regulatory environment. The consolidation in the banking industry continues and the entire industry is now rising on expectations of rising interest rates in 2022. We are likely to see more banking deals in 2022, especially among the smaller regional banks.

Disclaimer: I have long positions in Arena Pharmaceuticals (ARNA), Bluerock Residential Growth REIT (BRG), Change Healthcare (CHNG) and Pfizer (PFE). I also have put options in Change Healthcare. Please do your own due diligence before buying or selling any securities mentioned in this article. We do not warrant the completeness or accuracy of the content or data provided in this article.