Merger activity decreased last week with two new deals announced and five deals completed. There have been 22 deals announced in the month of November accounting for total deal value of over $69 billion.

Vonage Holdings (VG) was founded in the year 1998 by Jeff Pulver as a Voice over IP (VOIP) exchange. It was originally called Min-X.com. The company went on to become a VOIP service provider and changed its name to Vonage Holdings in 2001. Before going public in 2006, the company started offering subscription service in the United States, then expanded to Canada in 2004 and the United Kingdom in 2005. After several acquisitions starting 2013, Vonage refocused its business from a home phone provider to a global business cloud communications provider. As someone who once purchased Vonage shares in the low single digits, this transformation from a home phone provider to business services was key to Vonage’s recent success. I did well with that investment but would have done even better had I held on for a few more years.

Vonage’s products include Comunication APIs, Unified Communications and Contact Centers. The cloud-based Vonage Communications Platform (VCP) is the flagship of the company. VCP’s total revenue represented 80% of VG’s total consolidated revenue for Q3 2021, up from 74% a year ago. 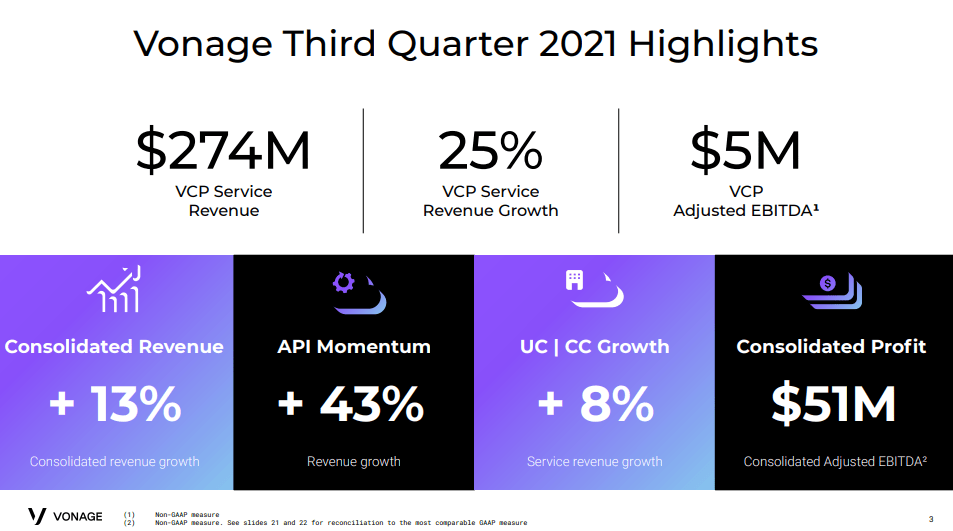 We added Vonage Holdings to our list of potential deals on August 31, 2021, when Bloomberg reported that activist investor Jana Partners had called on Vonage Holdings (VG) to hire advisers to explore strategic alternatives, including a possible sale of all or parts of the telecommunications services company. The price of Vonage, after this announcement was $14.10. On November 22, 2021, Ericsson entered into an agreement to acquire Vonage for $6.2 billion or $21 per share in cash, representing a premium of 28% to Vonage’s closing share price on November 19, 2021 of $16.37 per share. Börje Ekholm, President and CEO of Ericsson, said:

“The core of our strategy is to build leading mobile networks through technology leadership. This provides the foundation to build an enterprise business. The acquisition of Vonage is the next step in delivering on that strategic priority.”

There were six new deals announced in the Deals in the Works section last week.

There were 6 SPAC IPOs filed and 2 new SPAC business combinations announced last week. You can find the new SPAC IPO announcements in our SPACs tool here.

The table below shows weekly spread changes between November 19 and November 26, 2021.

Arbitrageurs have been concerned about regulatory approvals in recent months and spreads on several deals reflected these concerns. These deals with large spreads also provided attractive opportunities to investors that were willing to go up the risk spectrum. One of these deals was the acquisition of Kadmon Holdings by Sanofi (SNY), which closed just 62 days after it was announced and had a wide spread of 8.82% (43% annualized) less than three weeks before the deal closed. While cross-border deals and deals in the semiconductor industry will continue to face a lot of regulatory scrutiny, it might be a good idea to look at the broader deal universe especially at a time when the market is offering few opportunities on the long side.