Merger activity increased last week with five new deals announced, seven pending deals closing and one pending deal failing. It has been a tough couple of weeks for arbitrageurs with two deals failing and a big decline in Akorn’s (AKRX) stock. You can find all the active deals listed below in our Merger Arbitrage Tool (MAT) that automatically updates itself during market hours. 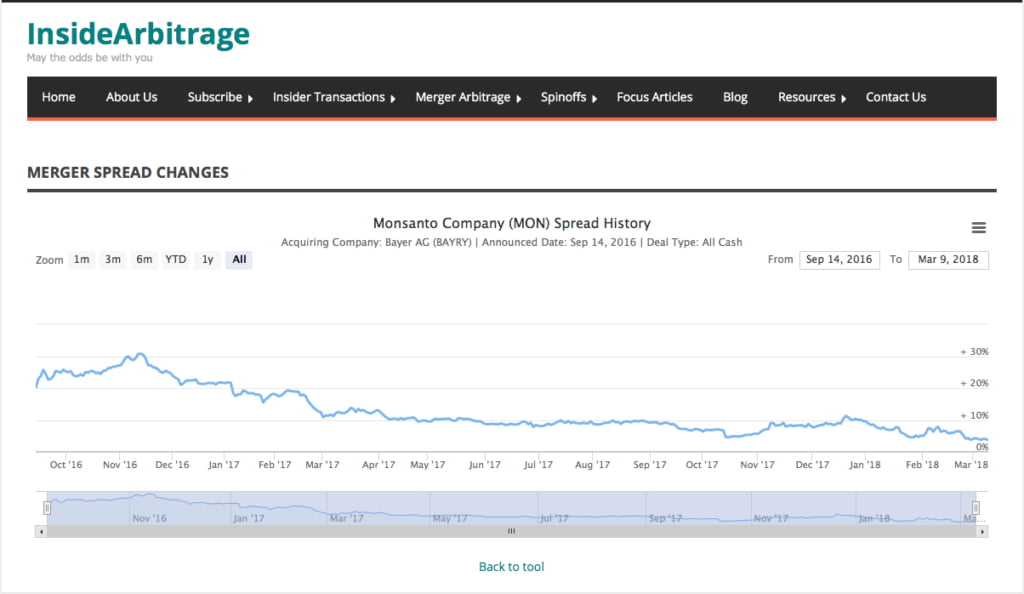 There were no new deals announced in the Deals in the Works section.

Disclaimer: I hold positions in Rite Aid (RAD) and Southcross Energy Partners (SXE). Please do your own due diligence before buying or selling any securities mentioned in this article. We do not warrant the completeness or accuracy of the content or data provided in this article.